I’ve just finished serving jury duty, and I learned a few things from the experience. 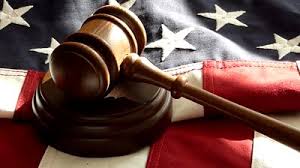 First of all, it is stressful holding another person’s fate in your hands.  I know this a little bit from being a teacher, but it’s one thing to be the gatekeeper stopping a kid from passing on to the next grade and another thing entirely to be a juror sending a grown man to jail.

Second, it is humbling and empowering, fascinating and exhausting to become a cog in the justice system.  You see it on TV and you know in an abstract way that it’s been embellished, but to actually dip your toes in the water and see it all spinning up close… well, it’s something.  Yes, it’s a huge drain on your time, yes, it’s horribly inconvenient, but the judges and the lawyers really let rip with a bunch of speechifying about the system and how it breaks down without the service of “people like you” and it’s enough to make you feel almost important for a few days.

Third, don’t be a stalker.

So the case I was on was a stalking case.  And they encourage you, when you first sit down and hear opening arguments, to keep an open mind and not jump to conclusions.  But you hear “stalker” and you think, okay, that’s a bad guy that needs to be stopped.  And I’m sure in many cases that turns out to be exactly the situation.  However, in this case — which sounded a lot more like real life — there was nothing so simple.  To simplify things to a point of ridiculousness, this couple dated for nine months, then broke up.  To be specific, she broke up with him, and he was still, to unironically use an over-cliched phrase, madly in love with her.

Now, breakups happen.  And one-sided breakups happen.  The problem here arose because she wanted to be cordial and nice.  So she sent him e-mails and text messages to the effect of: “I don’t want anything more to do with you, please don’t contact me again, I’ll talk to you later.”  Or, “Your last message was inappropriate, I don’t want you in my life, but I may speak to you if I see you around, and I may dial your number if I need to.”  I’m not one to victim-blame, but if you want a person to leave you alone, and you know that person is still determined to feel a certain way about you, you can’t leave the door open for contact.

Now, this guy stepped over the line.  He drove by her house unannounced, he sent some fairly ugly text messages her way when she started dating another guy, but he was not hiding in the bushes outside the house or parking across the street for hours on end or following her around in public.  It was an ugly, ugly situation.  No doubt about that.  But he wasn’t a stalker, so we acquitted him.

The first is this, and it goes for everybody: If you’re going to press charges against somebody, and the situation involves the dealings and behavior of both individuals in some way, you’d better be sure that your house is in order, because the lawyers and the investigators and everybody and their mother are going to go through your metaphorical house, drag all your metaphorical dirty laundry onto the lawn, smash it to pieces, burn the pieces, sort through the ashes, and then arrange the ashes into lovely grey mosaics for a jury of your peers to peruse ad nauseam. In other words, if you’re going to press charges, make sure the juice is worth the squeeze.

The second bit of advice is for the ladies.  If you want a man out of your life, and you feel it may eventually come to legal measures, slam the fargoing door.  None of this nicey-nicey, cordial-kitty crap.  I’m reminded of that moment in Dumb and Dumber where the girl tells one of the Dumbs that the odds of her getting together with him are a million-to-one, and he responds with vigor, “So you’re saying there’s a chance!”  Leave no chances.  Make yourself abundantly clear.

The third bit of advice is for the guys.  NO MEANS NO.  When she tells you she wants to be left alone, do yourself a favor and assume she’s serious.  The case I sat on was flimsy as hell and we still almost found him guilty.  And even though we acquitted him, he still had to give up tons of his time to stand trial, to have his personal business laid open for the world to see, to stand in humiliation at being accused of, let’s be honest, a crime that’s not going to win you the respect of your comrades.

The fourth bit of advice is for anybody hoping to avoid jury duty.  Wear pajamas to court.  Nothing shows the lawyers you’re an idiot incapable of using your critical brain to ponder the minutiae of a case which may send a person to jail for a long time like a refusal to put on proper pants.  Stupid me, I wore slacks and a collared shirt every day, and look where I ended up.

The fifth bit of advice is: Pajamas won’t save you.  In the jury pool room, waiting to be called to a courtroom, I was sitting next to a woman in hot pink pajamas and a hoodie, who did not look up from her cell phone the entire two hours we were waiting to be called to court.  Next day, I saw her again, standing in the waiting area outside another courtroom.  Still, of course, glued to her cell phone, and damned if she wasn’t still wearing pajamas.

Seriously.  Do your civic duty and put on some pants.