Writing a novel is something I’ve told myself for years I would do someday.  In March of this year, I finally decided (for whatever reason) that this was the year, the time was now, and I was going to write the damn thing.  This past week, I finished the first draft. Now, writers of all walks will tell you that this is only the beginning, and they’re right.  But you will also learn very quickly that the world is littered with the corpses of those who wanted to try writing a novel and came up short before they finished their first draft, their first act, their first chapter, their first sentence.  I’m not an expert, but I’ve made it this far.  I picked up a few things along the way, and if you’re thinking of writing a novel, or starting to write a novel, or are bogged down and “blocked” trying to write your novel, maybe some of what I picked up will help you. Note that when I say “novel” I mean whatever your project may happen to be, be it screenplay, novel, poem, limerick, dirty joke.  And when I say “you” I mean “me”.  Let’s be honest, my entire blarg is an exercise in narcissism. Here, then, are 18 points of Dubious Advice (because nice round numbers are way too establishment for me, man) for Writing Your First Draft of Your First Novel. 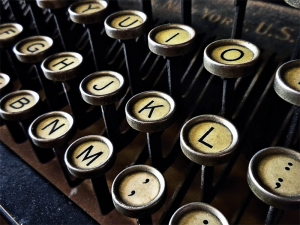 There you have it.  This list is incomplete; I’m sure there are dozens of other bits of advice I would love to share with my self from back in March, but if I could give my past self only a few pointers, they would be these. Oh, one last thing:  If you are starting down this bloody, ink-stained path of tears toward writing your first novel, stick with it.  Don’t quit.  The feeling you get when you finish that first draft is frankly one of the most bizarre things I’ve experienced on this earth.  It’s not to be missed out on.  Stick to it.  Finish. Then brace yourself for the world of hurt that is EDITING.

I am a teacher, runner, father, and husband. I am an author-in-progress. I know just enough about a lot of things to get me into a lot of trouble. END_OF_DOCUMENT_TOKEN_TO_BE_REPLACED
This entry was posted on Tuesday, July 8th, 2014 at 12:19 AM and tagged with drafting, Dubious Advice, first draft, funny, list, rant, so you want to write a novel, Writing, writing about writing, writing advice, writing your first novel and posted in Dubious Advice, Writing. You can follow any responses to this entry through the RSS 2.0 feed.
« Stop Upgrading and Start Improving
Interview With a Character »