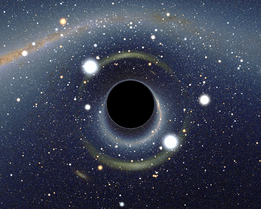 Sak was exactly the sort of man you’d want to have his finger on the big, red button in the control room of the Omnilator, the Empire’s moon-sized death-ray that drifted in and out of hyperspace to annihilate entire planets at a whim. Sak was shortish, baldish, ever so slightly round around the middle, and perfectly boring. It was widely rumored that he had once talked an eternal stone tree on Naraloos Seven to death. It was also widely known that he was the best paid finger in seven galaxies. For that was Sak’s only task: to wait for the order of Commander Martock, confirm it, and push the button that would open a black hole at the planet’s center, sucking it away into infinite nothingness.

But the nights are long in space, especially in a tri-star system in a galaxy billions of light-years from home where there is no day nor night, just a constant, neverending noon, and eventually ways must be thought of to pass the time.

And over the course of several deployments, and a score of worlds evaporated away into the gaping void, a contest was concocted by the crew: get Sak to push the button early, and win a reprieve from all duties for the space of a full galactic month.

The Omnilator loomed in deadly orbit around a tiny, peace-loving planet named Pardala. The coordinates of its horrible assault had long been programmed into the targeting computer. Peace talks dragged on for months as dignitaries of the Empire wheedled with the elders of Pardala, and day by day, Sak’s finger floated over the button that would make Pardala into nothing more than a memory.

Lieutenant Loda thought to catch Sak unawares by sounding the alarm in the middle of the night and haranguing him into pushing the button on Martock’s authority, but it turned out that Sak didn’t even respond to an alarm, such was the power of his monotonous routine. The klaxon sounded for a full five minutes before Commander Martock caught Loda and sent him for a week of latrine duty.

Engineer Elara, she of the flowing hair and generous assets stuffed into a too-tight Empire-issued space skirt, wagered she could distract him with her wiles while Deckmaster Dervin imitated M’s voice to give the command. But Sak paid no more attention to her bouncing personality than to the flavorless sandwiches he lunched on, and Dervin’s voice broke in a way that Martock’s never would, and she swayed away, dejected, to cozy up with Dervin in a closet instead.

Navigator Norr decided that perhaps the way to Sak’s finger was through his heart, and invented all manner of truly horrible insults that the poor fated planet was purported to have leveled against Sak’s mother and sisters and any other women who happened to be in his life. But Sak, he informed Norr sadly, was adopted by a happy single man and had never had use for any women, and besides he wouldn’t feel right murdering an entire planet just because of some hasty words.

Dozens of schemes were hatched to try and budge Sak’s finger, but he shot them all down, deftly and without much interest. They finally admitted that Sak was, after all, the perfect man to man the switch.

And then, finally, the call came down from Martock himself. Peace talks had failed, and the Pardalans were doomed, by order of the Emperor. Martock’s voice barked out, rattling the far reaches of the ship, the order: destroy them.

But Sak’s finger did not budge.

Lieutenant Loda thought he must not have heard properly, and urged Sak to push the button, but his finger would not budge.

Engineer Elara thought perhaps Sak suspected another prank, and shook him and insisted that he push the button, but his finger would not budge.

Navigator Norr knew that Martock’s wrath would be terrible if his order was not followed, and pleaded for Sak to push the button, but his finger would not budge.

Then the door exploded in from the hallway, blasted to pieces by Commander Martock’s custom-made multi-phasing disruptor rifle. It smoldered with menace as Martock stalked into the control room, his face red and twisted with fury.

He saw Sak sitting by the button, his finger poised but still not pressing. Without a word of explanation, he shouldered his rifle and fired. Sak caught the red bolt of plasmic death in the shoulder, whirled, and fell from his chair, the bloodless wound hissing with smoke.

“Who’s going to push the button?” Commander Martock’s voice rang in the silence like the calamity of two planets crashing together.

As one, they dove toward the big red button, clawing across Sak’s still smoldering corpse. Norr, through luck and lanky arms, was the first to touch it.

As the button clicked home and the wicked machinery of the Omnilator began to hum, Sak hopped up from the floor, throwing off the smoking, hissing trick jacket and howling with laughter. He and Martock flung their arms around each other in hysterics, pointing and cackling like madmen at the horrified expressions on the faces of the crew.

Their joy was short-lived, however; the black hole yawned open in the heart of Pardala and, with no more fanfare than an Arquillian Flea emerging from its egg, swallowed the planet, the Omnilator, and half of the surrounding galaxy in an infinite mass of inescapable gravity.

It had, Sak decided, been worth it.

Chuck’s challenge this week is a Space Opera. I wrote a truly epic, philosophical piece of utter tripe before scrapping it entirely and writing this bit of fluff instead. Not exactly my usual style, but a fun time nonetheless.

This work was inspired more than a little bit by the collective works of Douglas Adams and the steady diet of Doctor Seuss I’ve been reading with my son of late.

4 thoughts on “The Button at the End of the Universe”