The First Draft: The Shape-Shifting Target

Writing, as I think I’ve mentioned before, is an exercise in futility.

You work so hard to craft a story, to chisel characters from the soft stone of imagination and breathe life into their formless husks. You try to communicate themes, to send messages, to tie up loose ends, to suggest ideologies, but it’s all a mug’s game, really. I was reading the other day another blogger’s dismay that her father refused to read the Lord of the Rings series, or watch the movies, on the grounds that it was “satanic”. For all the work that you put into a story, all that matters at the end of the day is what other people make of it.

Which is kind of a bummer, because you can only involve other people so much in the writing of it, which is to say, you can hardly involve them at all. I mean, research aside, 99% of the writing of a story is completed by the author himself, probably in a dark room with no windows, certainly removed from most human contact, except for the plate of gruel that gets pushed through the slot in the door a couple of times a day.

So you try to write a story for other people, but that’s a mug’s game, too, because you simply can’t control the headspace that another person lives in, you can’t sit there over their shoulder to tell them this character is blowing up the village because she really wants everybody to love her. You can’t be there on-call to answer questions your readers have. They make their own meaning, and that’s that, so there’s not much point in trying to steer their interpretations — the best thing you can do is write the story you want to write, and write it as best you can.

But even that’s next to impossible, it seems, because a story has a life of its own. You set out to write a science-fiction thriller and end up writing a teen angst comedy. You set out to write a romance and end up with a twisted love-hate psycho-suspense novel like Gone Girl. My current project has changed from the seedling I started with so many times, I can’t even keep track. It’s a post-apocalyptic horror book. No, wait, it’s a sci-fi mystery. No, never mind, it’s a YA coming-of-age.

It doesn’t stop there. My protagonist is a nerdy guy who has never lived anywhere for more than three months. No, she’s a photography student with a project from a whimsical art teacher on deadline. No, I have three protagonists. And there’s a wild-eyed scientist who may or may not be directly responsible for the apocalypse that we’re living in post of. But he’s really a good guy. No, he’s really a bad guy. No, he’s really a bad guy who pretends to be a good guy. No, wait, he’s just this guy who really doesn’t care about the protagonists, and concepts like good and bad are a little bit like asking whether I want chocolate or vanilla ice cream for dessert, because the answer is inevitably “yes please, a little of both.”

There’s a time machine. No, there are time portals scattered around. There’s an evil robot. No, there are lots of evil robots. There’s a robot that gets captured and reprogrammed to allow the heroes to thwart the system. There are no robots at all, but everybody has biological implants that make them act like robots.

My first draft contains elements of ALL OF THE ABOVE, thrown together and mangled like the lump of junkyard metal that used to be my ’99 Chevy Malibu (god rest that train wreck of a car). 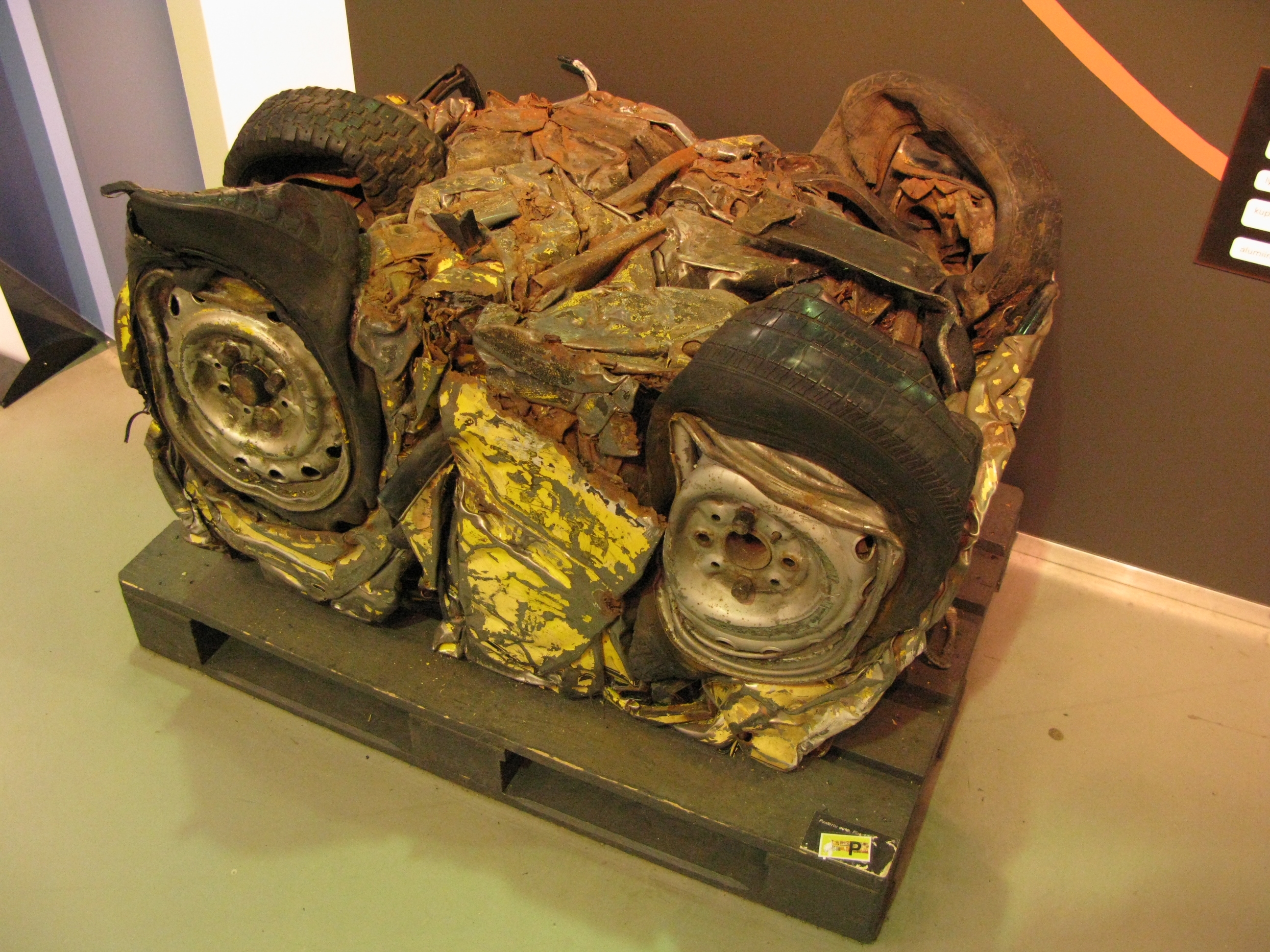 Because the story keeps changing on me, the target keeps moving. Not only does it move, it changes shape and size and color and even, in this case, blinks in and out of existence as it dances through different dimensions of my unsettled imagination.

And there are two ways to feel about that.

Way number the first: get incredibly frustrated. You start a story with a certain idea in mind, you should stick to that idea. Deviations from the path are a waste of time and counter-productive. Bang your head against the wall until the poisonous ideas go away and you find your way back to the one true path that you started with, no matter how long it takes.

Way number the second: Fargo the target. Write what feels good, allow the story to change and shift its shape, allow it to tangle itself up in knots and to contradict its own existence, until it figures out just what the hell it wants to be, anyway.

I feel like I should feel the first way, because that would make me feel more powerful as a writer. You set out to write a story and you end up with pretty much that story, plus or minus a few unexpected elements along the way.

Because writing is one of those rare things that you don’t have to get perfect the first time. You get a second bite at the apple, and a third, and a fourth, and in fact you can get a whole other apple after you’ve chewed the first one to bits, because until you’re published, it doesn’t matter if the apple is green or red or golden or filled with worms or made of plastic.

I think it’s okay if you set out to build a tree house and end up building a coffee table instead. Maybe that’s your subconscious telling you that what you really needed, deep down, was a place to put your coffee cups. And magazines. And remote controls. And dirty diapers.

Okay, things got too real there for a moment. Point is, if the target is moving, maybe it’s not the target moving at all.

And you can argue against it and rail against it, or you can accept that the picture has changed, take aim, and keep shooting.

I am a teacher, runner, father, and husband. I am an author-in-progress. I know just enough about a lot of things to get me into a lot of trouble. END_OF_DOCUMENT_TOKEN_TO_BE_REPLACED
This entry was posted on Monday, July 13th, 2015 at 8:45 PM and tagged with creativity, drafting, editing, goals, inspiration, motivation, staying focused, the first draft, The Project, Writing, writing about writing and posted in Writing. You can follow any responses to this entry through the RSS 2.0 feed.
« Do You Wanna Go To Target? (A Frozen Tribute)
The Floodgates of New Ideas »

2 responses to “The First Draft: The Shape-Shifting Target”