The stream of consciousness prompt for the week is “sign.” And when it comes to signs, my brain only really goes to one place, and I was all set to write, but I went and clicked on Linda’s post. And I think that’s kind of beautiful.

Creative types tend to be superstitious types, don’t they?

It’s this cascading wave of creation, interpretation and invention, unfolding like evolution at an accelerated pace. Creating art is magic.

And in a world where magic exists, how can we not be superstitious?

Which is why you get authors going on about inspiration and muses and writer’s block and “looking for signs”. And that’s all well and good when the fire is burning and the muse is perched on your shoulder, force-feeding you caffeine and brilliant ideas and you feel the urge to write (or paint or compose or whatever) like you feel the urge to breathe — so strong and involuntary you couldn’t not do it if you tried. Problem is — in my experience at least — creating doesn’t work like that all the time. Or even half the time. Or a quarter. Not even ten percent. Maybe one day out of twenty I get the urge to create like that, where the words flow like a river overflowing its banks. The rest of the days? The muse needs coaxing. The inspiration needs a push-start. And I don’t get signs that I should be writing so much as signs that I need to rethink my major life choices.

Hell, for years I had the inkling that I should be a writer. I need to be telling stories. I feel that creative urge. But I wasn’t sure what. So I kicked back and sat around watching for the sign. And waiting. And watching. And waiting. Watch. Wait.

And the paint started to peel and the kudzu began to reclaim the yard and before I knew it, years had passed and I was no closer to writing a damn thing.

But the signs, man! When the time is right, won’t I see the signs?

There’s no such thing as a “sign” that it’s time to write that novel. We like to think there might be, but that’s because we rightly believe in the magic that makes our craft possible. But signs are a form of communication. A sign means somebody, somewhere, is sending you a message, and I hate to break it to you, but if you’re going to be writing, the only real person you’ll be having meaningful conversations with about your work most of the time is yourself.

Which, by the way, doesn’t mean that if you don’t see a sign, you don’t want to see a sign. The brain isn’t that simple. But your own brain isn’t going to hit you over the head, either. (That’s not good for the brain, incidentally.) But to return to a theme I occasionally espouse here at the blarg, things don’t always mean things.

Which is a little bit pessimistic, but there you are. Of course, the other thing that means is that, literally, anything can be a sign — if you’re ready to see it as such.

There’s no such thing as a “sign” that it’s time to start that project. The “sign” is that tiny voice in your head that says hey, maybe I should do that thing. The moment you hear that voice? Jump on it. Do the thing.

Don’t waste time looking for signs. If you’re doing it right, you’ll soon be ignoring all the signs anyway.

Except for this one. 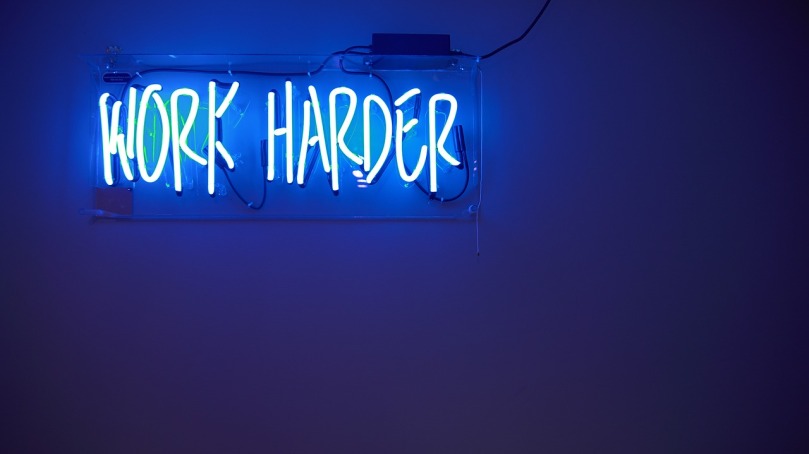