Why Mickey Mouse Clubhouse is the Worst Kids’ Show

Writing is a skill, much like any other. Sure, some of us are gifted in the art more than others, and acquisition of the art comes easier to some than to others. Nonetheless, it is a craft with techniques, maxims, principles and tropes. I like to think that I’m one of those who is to some extent “gifted” as a writer — it’s always come naturally to me and I’ve always enjoyed it — but I can still track my improvements, even markedly so, over the past couple of years. I can see where, when I started out, I was not particularly good at this or that aspect of storytelling, and where and when I learned how to tell my stories better.

But learning is a double-edged sword. When you’re oblivious to things, they don’t bother you; nobody in the dark ages gave a flying sharknado about whether the world revolved around the sun or whether an astronomical turtle carted it around the universe. They didn’t know any better, so they didn’t care. Meanwhile, in contemporary times, B.o.B. can scrap with Neil deGrasse Tyson on twitter over whether the earth is flat, and a fair contingent of people get rather reasonably upset with him. Once the knowledge of a thing is readily available to anybody (i.e., that the earth is round), it becomes your responsibility to know the thing or suffer the consequences (ex., ridicule in the public arena).

All this is to say that, once again, a little bit of knowledge has ruined me. Specifically, it’s made being a parent harder, because I can’t watch Mickey Mouse Clubhouse any more. (For the uninitiated, toddlers run in phases. One TV show, one movie, one character, will hold their focus for months at a time and then, like a fickle spring zephyr, the old stuff is on the garbage heap and it’s on to the new hotness. Well, it’s a Mickey Mouse Clubhouse hurricane season at our house right now, and avoiding it is nigh impossible.)

Sounds like an invented problem, you say. You don’t actually have to watch the shows with your kids, you rightly point out. Better yet, why let your kids watch TV at all? To which I say, “maybe,” “good point,” and “get off your damned high horse.”

But I think the underlying problem I have with this show is a lot more pervasive and insidious than “not liking it.” Rather, this show teaches poisonous lessons about life 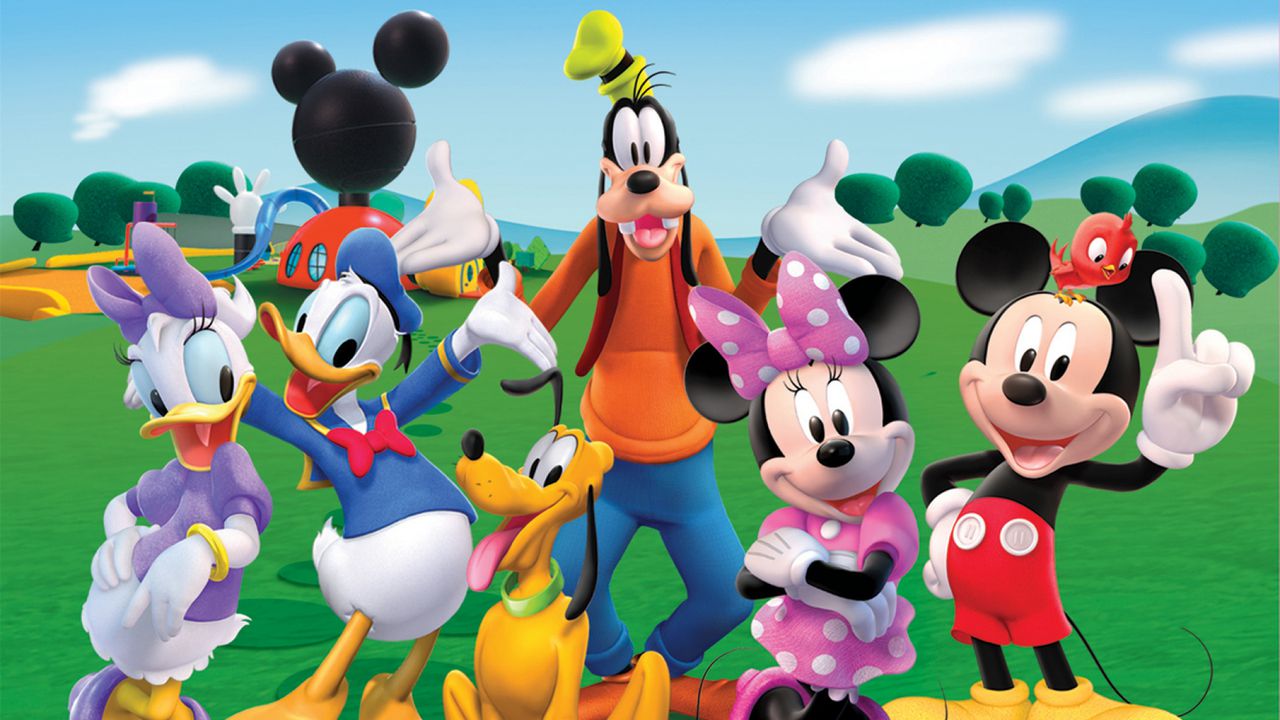 So how has knowledge ruined me for this show?

My wife points out that it only takes having a brain to feel numbed by the show, and I’ll agree with that. The problem I have is that I can see the withered heart pumping the oily blood through its crumbling extremities. Which is to say, I know (a few things) about storytelling, so I recognize all the ways the show gives the finger to everything that humans love about stories.

In a nutshell, this is a kids’ show much like any other. A band of sillies get themselves into weird little dilemmas (we lost the magic thing! soandso has to prepare for something! there’s a journey to be taken!) and they solve their problems in a half hour.

Except there’s nothing satisfying in the way they solve problems, because all of their problems are solved by a floating deus ex machina that they call on every time something gets in their way. This deus ex machina is called “Toodles”, and at the outset of every episode, it girds itself with a handful of disparate items designed to help the characters out on their journey.

I feel like I’m not getting the full picture across. What we like about stories is seeing characters put to the test, seeing the unique ways they solve (or fail to solve) their problems, seeing how they grow as a result. But these characters don’t solve their own problems. They don’t bring a unique set of traits to bear on a problem, they don’t worry away at it like hamsters gnawing at corn cobs until a solution presents itself. They hit a barrier, they call on their magic problem solver, and he gives them something that lets them solve the problem immediately. It’s like you were playing Super Mario, and every time you came to a tough group of goombas, an invincibility star dropped out of the sky, or every time there was a tough series of jumps, a handful of platforms would suddenly appear for you to just walk across. Sure, you’d beat the game, but there’d be no point: nothing you did had an effect on the way the game played out.

But this isn’t a hallmark of kids’ shows. I’m not unfairly singling this one out. Blue’s Clues was a favorite around my house when my younger siblings were growing up, and that show works as a storytelling exercise. In every episode, the dog wants something, but the dog can’t talk to tell its master what he wants. So he marks a series of objects around the house with pawprints, and the master (with the help of the viewer) has to put those objects together to figure out what the dog wants. The dog uses its brain to find a way to solve its problem.

Then there’s the more contemporary Animal Mechanicals. My son loves this one, and I can’t stand it, but it still works as a story. You’ve got the usual band of sillies, but in this one, each character has a special ability: there’s the fast one, the stretchy one, the strong one, the one that’s got a swiss army knife implanted in his tail, etc. And those characters cooperate with each other, using their special abilities to overcome their problems.

But who gives a damn? I hear you ask. It’s just a kids’ show.

I’m not saying that kids’ programming should be the epitome of storytelling. But in just the way that a bicycle for a five-year old looks pretty much like an adult bike, just smaller, I think that stories for kids should parallel the stories we tell as adults. I mean, that’s part of why we tell stories, isn’t it — to vicariously experience the world, to teach ourselves ways to be (or ways not to be) and ways to solve problems?

That’s what the core of this rant is about, and that’s what really bugs me about the show. In literature, just like the world we actually walk around in, the world does not solve problems for you. All the world does is dream up more and more exquisite ways to challenge your abilities. But in Mickey Mouse Clubhouse, the storytellers solve all the characters’ problems for them before they even leave home.