I couldn’t put my finger on why, exactly, I was so excited to see this movie. I’m not a particularly big Matt Damon fan, though I like him well enough. I tend not to love “realistic” Sci-Fi — that is, science fiction stories that burden themselves overmuch with being “scientifically accurate”. (Give me The Matrix, give me Star Wars.) I was also a little dubious about the prospect of a film which was essentially Cast Away in space.

Still, I was pumped to see it. I heard good things, and there’s just SOMETHING ABOUT MARS this year; between the recent discovery of water (or water-like substances), the discussion of Mars One, and the recent announcements of NASA actually going for a Mars mission, I bought into the hype like your jerk of a brother buying up all the red spaces on Monopoly.

And man, oh man, does it deliver. The film is funny, intense, heartbreaking, funny, clever, sad, funny, and also, believe it or not in a science fiction movie, funny. The main character is an astronaut/botanist with a sardonic streak as wide and deep as the Marianas trench, and Matt Damon plays that up in hilarious deadpan to keep what could be a tedious or ultimately depressing movie … not exactly light and fluffy, but … let’s put it this way. The tension in this film is sharp enough to slice through steel. Yet, throughout much of the movie, I found myself smiling thanks to the levity provided by the main character.

Okay, let’s get into it…

No, seriously. The set design is brilliant: the surface of the alien planet is every bit as stark and hopeless as you could imagine; the living quarters on said planet as utilitarian and cramped as they would almost certainly have to be. The acting is superb: Matt Damon’s performance is of course top-notch, and I found myself swinging wildly between elation and despair right with him. There’s a particularly powerful moment when (no spoilers) he experiences a brutal setback, calmly approaches the terminal to log what has happened, utters a single syllable, and then the entire facade cracks and he flies into a paroxysm of rage and panic. An instant later, he recovers himself and gets back to work. It’s all believable and utterly sympathetic. Even the token unlikable bossman pulling the strings of the operation (Jeff Daniels, and what a turn he’s made from his Dumb and Dumber days, by the way) becomes sympathetic along the way, despite being at odds with most of his team for most of the film.

Also, for a sci-fi movie, the film does a remarkably good job of steering away from the science. You know, obviously, that a tremendous amount of science is happening offscreen, but you never feel inundated with it or hamstrung by your inability to comprehend it (I’m looking at you, Apollo 13, with your 02 stirrers and your gimbals and your other such witch science). It’s almost as if the science is a pleasant rose garden in front of a mansion — you can stop and appreciate it if you like, but the real action is the house itself.

And finally, the moment (SERIOUS spoilers here, jump ahead if you’re in doubt) when Watney blasts off from the alien surface to rendezvous with the passing rescue ship… I’ve been invested in stories and characters before, but it has been a long time since my heart has pounded like that during the climax of a film. There are too many things to count which could go wrong, and each try-fail cycle dovetails with the next like the tightening of the screws on a torture victim. There’s a perilous launch, which Watney might not survive. He does, but he blacks out. He escapes the planet’s gravity, but is nowhere near high enough for the rescue ship to catch him. They manage to lower their altitude, but only at the expense of blowing up part of their ship. And on and on and on. Masterful.

Okay, so there are some scientific faux pas present in the film. Making it not 100% scientifically accurate. The (SPOILERS OMG LOOK AWAY) dust storm on the planet’s surface, for example, wouldn’t happen, at least not with the effects that it has in the film. There’s the problem of cosmic radiation frying anybody who’s exposed for any significant period of time. There’s the frankly laughable (SPOILER HELP) plastic tarp covering the hole in the side of the habitation unit on Mars after the explosion. 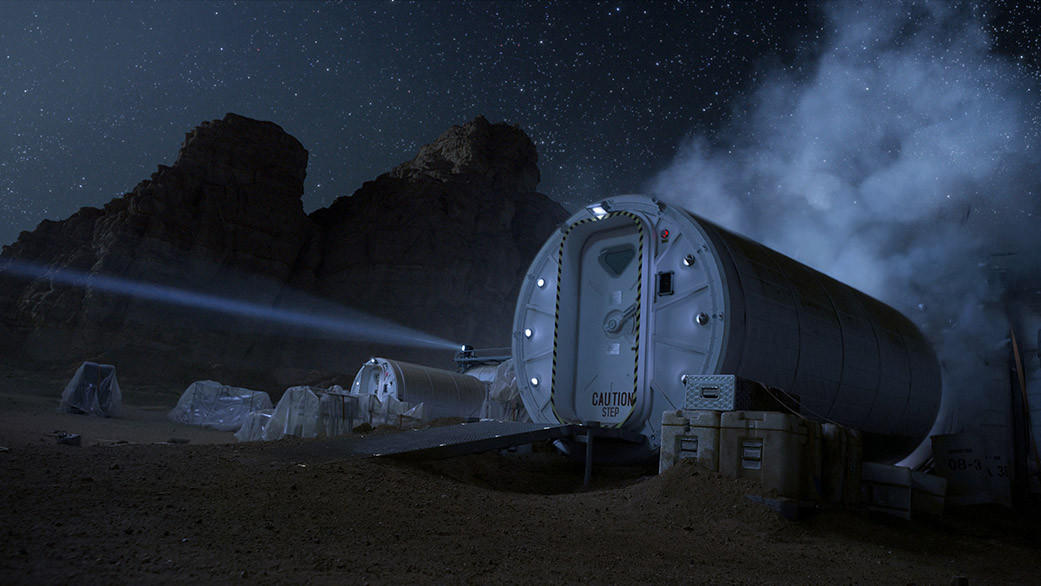 But these are, with the exception of the tarp, easy to overlook. Without the dust storm, and without a magical nonexistent solution for the radiation, you don’t have a movie. The tarp … well. I guess every good film gets a pass on one or two ridiculous contrivances. The truth is, I’m having a hard time finding anything bad to say about this movie. 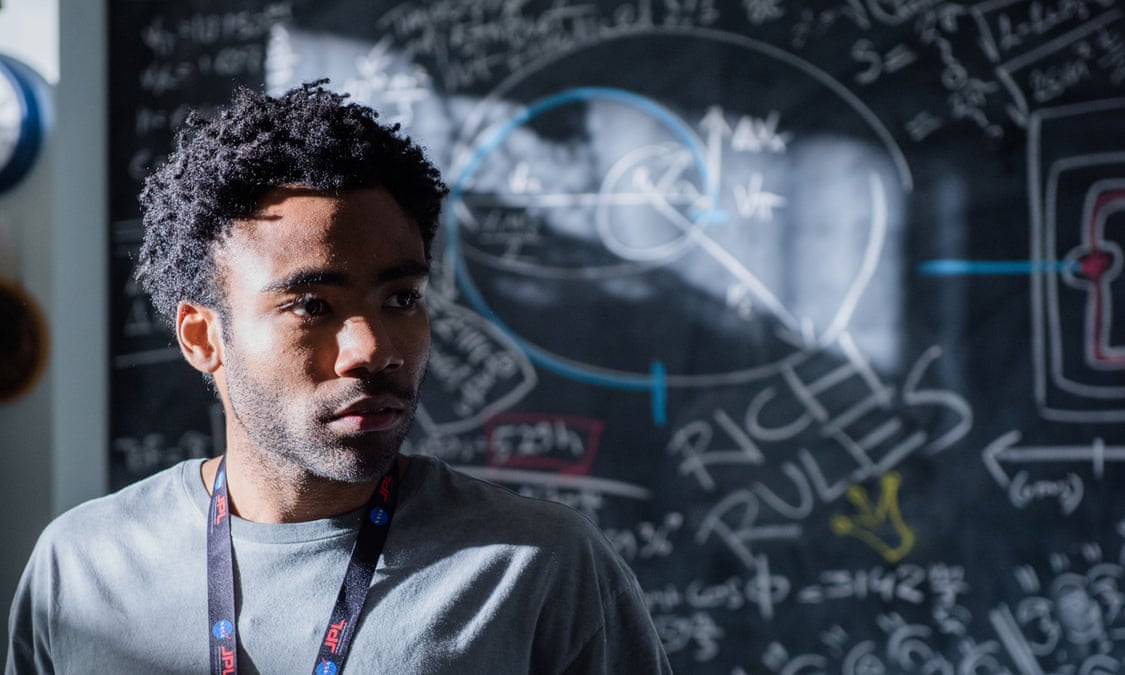 Maybe this is just me, but from the halfway point of the film onward, there’s a real head-scratcher. A previously unknown character basically comes up with the day-saving maneuver that sends the Martian astronauts back out to collect Watney, and this he concocts in a half-asleep daze while receiving a brief from one of his superiors. He goes in, pitches it to the head of NASA, and suddenly he’s like the lead mathematician on the project.

It’s not a bad device, but it feels like a stretch. We’re supposed to believe that despite the (presumably) well-staffed teams of experts at NASA working overtime trying to find ways to bring Watney home, none of them had this kid’s idea first? And, given the crew’s decision to basically mutiny toward the end of the film, why not let one of them come up with the idea? Again, maybe it’s me overthinking the elements of story, but it felt like a somewhat hollow method to drum up another character.

That said, at least they didn’t get another white guy to play this part. Yay for diversity!

The truth is, I only wrote a couple of paragraphs for the other two categories because I could have gone on and on and on about what was good in this movie, and I wanted to give the illusion of parity. The fact is, this movie was fantastic. Think Apollo 13 meets Cast Away but without all the technical jargon of the former and without the knocking-your-own-rotted-tooth-out-with-an-ice-skate squickiness of the latter, not that either of those two things kept either of those two films from being excellent movies. This movie is awesome if you’re a science aficionado like myself, and it was good enough for my wife, who hates sci-fi, to enjoy as well.

The only thing that remains to be seen is how prophetic it is, which might — might! — happen in my lifetime.

If you haven’t seen it, go see it.

You will never look at poop or potatoes the same way again.

All images are obviously not my property. To the best of my knowledge, they are owned by 20th Century Fox.

4 thoughts on “Terrible Reviews: The Martian”