More and more over the past year, but especially in the past few weeks, my day ends to the lethargic turning of pages, a heavy-lidded struggle to finish just one more chapter that becomes just a few more paragraphs then maybe I can actually finish this sentence before finally devolving to part of my brain knows I’ve read this word five times already yet I have no memory of it. 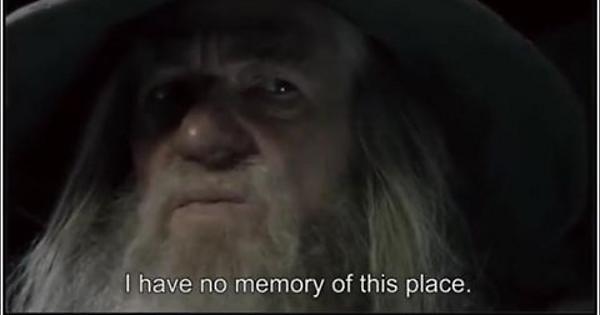 And then, at some point, I wake up. The light is still on and the book has tumbled clumsily onto my chest and my wife is snoozing beside me and I’m overcome by sadness, because first of all I can’t remember what I read and second of all I’m going to have to read it again and third of all I’m awake late at night which does not bode well for the following morning. Sometimes I manage to bookmark my progress and put the book on the bedside table before I lose consciousness for good; sometimes the book ends up in the floor and I’ve doomed myself to rereading passages if not entire pages again the next night.

Could I learn from this? I could. Logic dictates that I should know when I lie down for the night whether I’m alert enough to pick up a book and grind through a few pages. But logic doesn’t know a damn thing about my life. I’m trying desperately to not be one of those jerks who goes to work, comes home, ignores his kids, and disappears into a black hole of bad TV and beer before he succumbs to unconsciousness, only to repeat the process ad infinitum until his life is as meaningless as the jokes inside a Bazooka Joe wrapper. I’m trying — perhaps not with Herculean effort, but trying nonetheless (damn you Yoda) — to improve.

That means waking up earlier than I have to to put some miles on my sneakers. It means working on my novel or reading during my lunch break. It means playing some video games with the kids when I get home, or chasing them around the yard a little bit. And it means carving out time to read every night before I finally shut my eyes, even when my pillow’s siren song is at its most irresistible.

And maybe it’s because my reading fare of late is a bit, I dunno, drier than what I’ve read in the past. (This week’s tome: A Brief History of Time, by Stephen Hawking.) Fascinating stuff, to be sure, but still — not exactly an edge-of-your-seat thriller.

Or maybe it’s just that I’m getting older and the old man needs his sleepies.

10 Comments   |  tags: books are awesome, funny, getting older, reading too much, self improvement | posted in Ramble

Never Go Back to Your Alma Mater

My sister-in-law has followed in the footsteps of my wife and myself and chosen to go to the University of Georgia. She enrolls in the fall, which means that the summer is orientation season — and that means that my wife and I got the chance to go back to our old Alma Mater to stomp the grounds a bit and reminisce.

(Actually, the wife and I were never enrolled at UGA at the same time. Just another quirk of our relationship.)

And it was great! Just being in the place where I spent so many years, the memories came rushing back like a lost puppy seeing home. The Fine Arts building where I stumbled across the stage. Sanford drive, where I was nearly mowed down by cars daily.

But I kind of wish I hadn’t gone.

Going back to your Alma Mater is a little bit like looking up an ex. You do it out of pure curiosity, with the purest of intentions. Just want to see what they’re up to, what they’ve got going on. But it can only end in depression.

First of all, the college is seeing all kinds of new people, all of them young and beautiful and reminding you just how old and decrepit you’ve become. But you expected that. You were prepared.

What you maybe weren’t prepared for is just how far the college has come since you’ve been gone. There are shiny new buildings all over the place, and the old eyesores have been torn down or renovated. The football stadium has had a sprucing up. Hell, even the buses are so clean and sparkly you just can’t help but wonder what a ride would be like.

But these things are not for you. They’re for a new generation of students: your time — you old codger — is past. Your old flame went and hit the gym and sexified itself and now you’re like, damn, I’m missing out on all this? What about the good times? Don’t they mean anything? Can I just sit in on a class or two?

And you leave eaten up with jealousy and frustration that you can no longer have this thing.

Or — worse! — maybe the gloss isn’t so pervasive and all your eye is drawn to, instead, are the old and busted parts. After fifteen years (help!) it’s the same sad old hill leading up to the dingy science buildings. Same old vomit smell one street up from the main street from downtown — the whole street. Same old not-exactly-operating-on-a-timetable-compliant-with-the-real-world bus system that makes you feel like you have to walk everywhere, paired with the murderous hills and lung-gumming humidity that make you break into a sweat if you so much as look outdoors.

Outside of the surface stuff, not much has changed. And was it really so great? And, holy cow, I spent four (okay, fine, FIVE) years of my life with this college thinking times were grand?

Don’t get me wrong; the visit was lovely (outside, of course, of the fact that our daughter, as expected, wouldn’t allow my wife a moment’s peace, let alone a night’s worth of sleep). But we look back on the past with rose-colored glasses for a reason. Going back messes with all that. Maybe you come away with some perspective, but sometimes, perspective is the last thing you want.

1 Comment   |  tags: alma mater, eyes forward, getting older, the past is depressing, university, university of georgia | posted in Ramble

The body has all sorts of delightful ways to remind you that you’re getting older.  Some are obvious, others are subtle.  Some are tsunamis that strike without warning, others are the slow inevitable creep of continental drift.  (I’m looking at you, my slowly-but-surely receding hairline.)  Today I’m keenly aware of one nasty one in particular — my crackling bones.

I’ll go ahead and be judicious and say that it’s possible I can’t attribute the cricks and cracks in question entirely to age, but I’m living in denial that my running career of the last couple years is causing lasting damage to my body.  It’s not.  IT JUST ISN’T, OKAY?  Now that that’s settled…

I posted last week about another kind of drift, that being the outward slide of my waistline and the upward trend of my bathroom scale.  Okay, my wife was pregnant so it was impossible to be careful about what I was eating, not that I was trying anyway, but that’s over with now, Sprout the Second is a month old tomorrow (!), and it’s time to restore normality.  So: diet starts this weekend, and my new exercise regimen has been ramping up for about a week and a half.  Or maybe two days.  I don’t know because, as I’ve mentioned before, my house exists outside of space and time as we know it.  Or, at the very least, space and time are playing silly buggers on me.

Anyway, that new regimen has me doing some bodyweight exercises on days on which I do not run.  I have a feeling that this is a pretty good way for things to start off because on the first few days I did these exercises, I could not climb stairs properly afterward, nor could I reach the top of my head to wash it in the shower.  I have it on good authority that destroying your muscles like that is a good way to wake them up, so those must be good signs, yeah?  That workout is getting easier, so I’m ramping it up, doing extra sets and extra reps.  But during yesterday’s session, I dunno if it was especially quiet in the room or if I was in a higher state of awareness due to the blood flow or the dizziness induced by my 60-second plank attempt, but I heard a funny sound while I was doing some jumping jacks.

Quick sidenote on the jumping jacks.  I’m not sure if I’m doing them wrong, and I feel that I must be, because they are the easiest part of the workout for me.  Unless of course I perfected the technique in 5th grade gym class and my muscles stored it in memory which is tapped into and processed with perfect efficiency now twenty years later.  That works, right?

Whatever.  The jumping jacks are easy, but I hear a sound.  Sort of like when you have a handful of pop rocks in your mouth; a low crackling that fades in and out as you open and close your mouth.  Or maybe like the consistent repetitive clack clack of chips at a poker table.  Damn, where’s that coming from?  Oh, it’s just my entire both feet clicking and crackling away with every jump.

I’ve had a pretty constant pop to my right ankle for a lot of years: the detritus of a pretty gnarly ankle sprain that I never went to the doctor for because I’m a man.  It goes off if I rotate my ankle in bed or flex the foot going up or down stairs, stuff like that.  But this noise is not that.  This is my entire foot, in fact both feet.  I tune in more closely as I finish the set, and it’s like I can hear dozens if not hundreds of tiny little bones and ligaments and tendons clicking and sliding and ticking against each other like a bunch of ball bearings trapped in a spider web.

What do I do with this information?  Go to the doctor I saw a few months back for my plantar fasciitis and say, oh, yeah, now I can hear every bone in my foot move when I do jumping jacks?  He’ll only tell me to stop doing jumping jacks or stop running, so that’s right out.

I guess I just have to accept that this is my new body, one that makes all sorts of noises I wasn’t planning for it to make.  (I’m sure my wife could tell fantastic stories about my unintentional emissions.)  I have another birthday in a few weeks, maybe by that time my entire skeleton will calcify and I won’t be able to scratch my nose without sounding like a set of dominoes falling down a marble staircase.